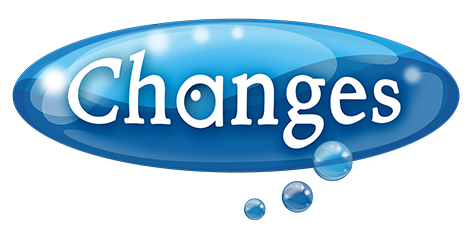 Due to common misconceptions, it is useful to begin by stating what schizophrenia is not!

Schizophrenia is not a:  Split or multiple personality  |  Untreatable  |  Guarantee that a person will be violent or in hospital for the rest of their life.

What it is: Schizophrenia is often associated with a loss of boundaries between self and non-self, and has been described as a state of ‘dreaming’ whilst awake.

The symptoms of schizophrenia, fluctuate in occurence and severity and may include:   hallucinations, delusions, blunted or inappropriate emotional responses, the belief that your thoughts, feelings and behaviour are known to, or controlled by others, thought disorders,  catatonia, (a statue like state, where you neither eat nor speak), holding odd postures for hours at a time, muteness, automatic obedience, negativism, (doing the opposite of what you are asked), extreme excitement and agitation.

A useful understanding of the condition is gained through grouping symptoms into 2 catagories:

Hallucinations – i.e. senses playing tricks on you, where you perceive something that isn’t really there.  The majority of hallucinations are auditory, e.g. hearing voices.  Although other senses can be affected – visual, (seeing ‘things’ – objects, people etc), olfactory (nasty smells), tactile (being touched), gustatory (unusual tastes).

The subject matter of hallucinations is often grandiose, hypochondriacal or religious.  Auditory hallucinations may relate to your emotional or delusional concerns, or appear quite meaningless.

Delusions i.e. strange ideas, a false unshakeable belief which is out of keeping with your social and cultural background, which is inaccessible to normal reasoning, appearing non-sensical and meaningless to the ‘outside’. The subject matter of delusions is usually absurd and bizarre.  The belief that you are an important historical or religious figure, or that your thoughts or actions are being controlled by others, or that certain people hate you or are ‘out to get you’ etc.

Thought disorders are seen in the way you talk, e.g. general incoherence, verbigeration, (senseless repetition of words or phrases), neologisms, (making up new words), ‘word salads’, (throwing together words in a non-sensical stream).

(Unlike, Bipolar Disorder, your condition will tend to be episodic rather than cyclic, and symptoms will occur independent of mood change).

Effects if not addressed – loss of your sense of individuality, uniqueness and direction.  Socially inappropriate behaviour and loss of social interests.  This results in a deterioration in your social and work relations, and consequent personal decline.

When addressed – whilst schizophrenia is distressing and challenging, (to all concerned), in recent years there have been major advances in their management.  This has included the provision of user-led, person centred and recovery ‘services’ providing a range of approaches which can be adapted to meet individual needs.  As a result, provided you are prepared to engage with these services, the prospect of your recovery from schizophrenia is extremely high  i.e. there is every chance that you will continue to live a purposeful and fulfilling life.